Clouds of dark fog fall, in the lands of Soburin: Mists of Akuma.

The year is 3466; monsoons have become more and more common since the roiling, demon-spewing Mists of Akuma first appeared, and the sun’s light grows duller with every day that passes after the end of the War of Kaiyo more than a century ago. A pall of darkness has fallen on Soburin and even its greatest heroes are mired in the petty intrigues and never-ending slights of aggressive clans. Spellswords and mercenaries cross the countryside in search of fortune, leaving the poor and meek to fend for themselves or die in the harsh reality of a broken world where technology has been either abandoned as heresy or perilously embraced.

Mists of Akuma is an eastern fantasy campaign setting of noir steampunk where technology is heresy and the world itself attempts to grind down the virtuous. 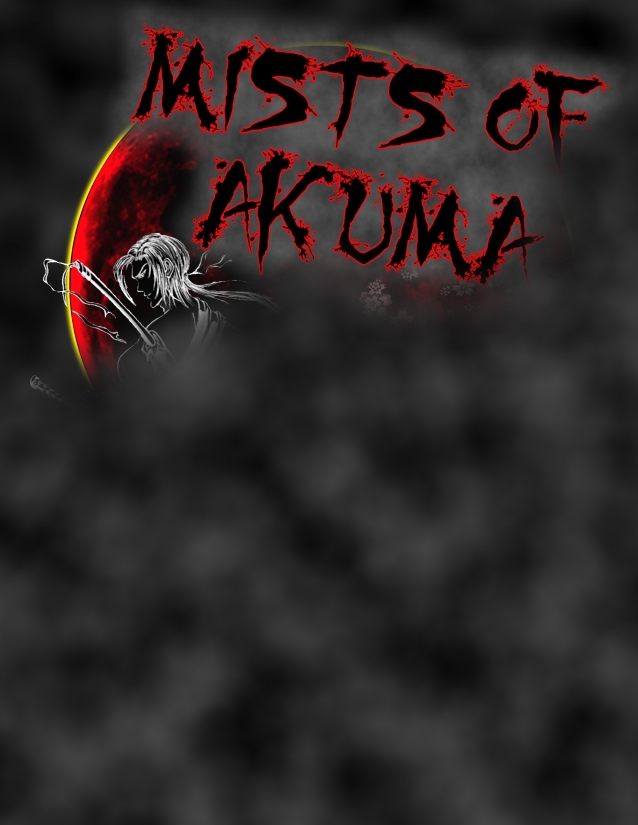 Follow the Mists of Akuma Facebook page or stop by here every week until the Kickstarter launches on Friday April 29th, 2016!

We’re offering folks several previews into the desperate lands of Soburin, the many races that dwell there, and some of the magical and martial disciplines perfected therein.
First and foremost we’ve got some tanuki. Once masters of the forests of Soburin, many of these pranksters of the wilderness have dramatically changed their ways after the Kengen occupation, adapting to living alongside humans and abandoning nature . Not all have adopted new homes however—some have returned to the woods, living in Bunki-Mura treetop villages and eschewing the peoples that once oppressed them).

Stop by here or like the Facebook page to get next week’s preview: wu-jen, arcane spellcasters of nature that have changed dramatically since the dark entities swallowed up the spirits of the seasons. Not a post you want to miss!