As I frequently mention my love for Warhammer 40k fiction is a passionate one and some of the best titles from the Black Library are about commissars–either Ibram Gaunt (for excellent and compelling military adventure) or Ciaphas Cain (which is some of the best humor I’ve ever read–sorry Ghosts, he’s far and away my favorite).

And who doesn’t want to be a raging space marine and get up in some xenos’ or heretic’s face with some chainswords? 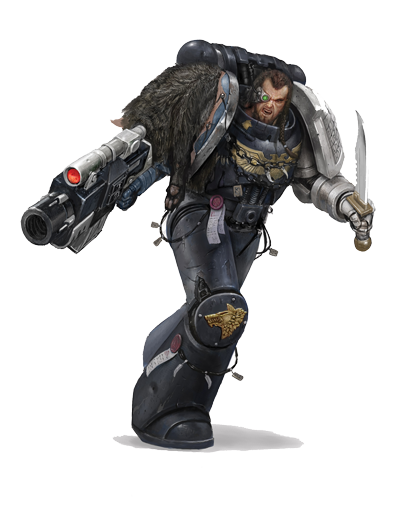 Always in the forefront of battle, assault space marines soar overhead on raptor packs or sprint ahead of their battle brothers, getting directly into the thick of the fight for maximum shock and awe before moving on to the next foes as their allies bring up the rear of the attack. All space marine chapters have assault space marines but they are particularly frequent in the Blood Angels, Space Wolves, and World Eaters.

Imperial Devotion
Beginning when you choose this archetype at 3rd level, your devotion to the God-Emperor hardens your resolve in battle. When you are raging, you have advantage on saving throws. After you have used this feature on a number of saving throws equal to your Constitution modifier, you lose this feature until the next time you rage.

Know No Fear
Starting at 6th level, you cannot be frightened.

Critical Introduction
When you reach 10th level, as long as your first hit in a combat against an opponent is made with a melee weapon and you are raging, it is a critical hit. After you have used this feature against a number of opponents equal to your bonus Rage damage, you cannot do so again until you finish a long rest.

Astartes Juggernaut
At 14th level, you’ve seen and survived most everything the galaxy could throw at you. You have advantage on saving throws against being charmed. While raging you cannot be charmed or poisoned, and you are immune to poison damage. 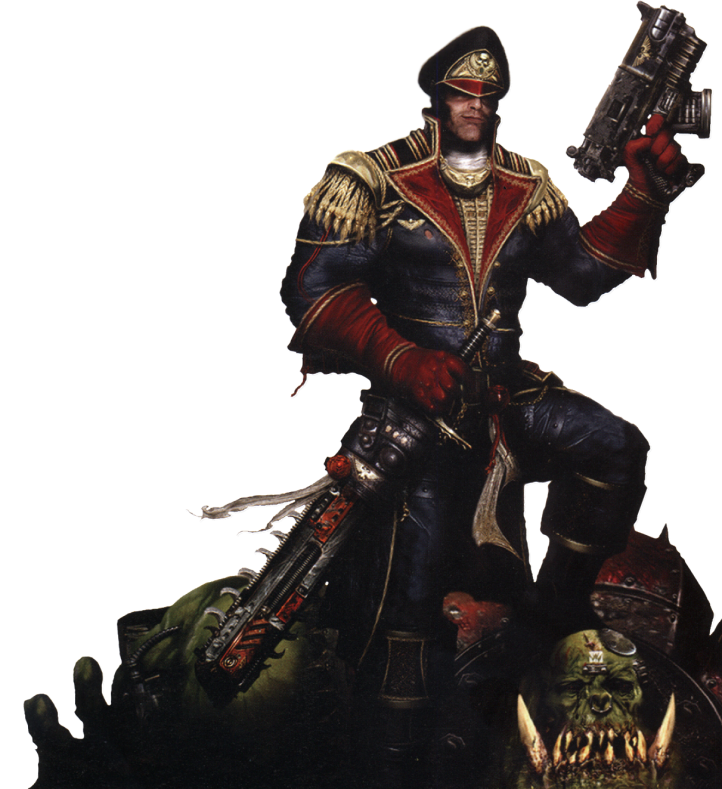 It can be difficult for the rank and file soldiers of the Imperial Guard to maintain their courage in the face of cosmic horror, succumbing to fear and breaking–assuming of course that their Commissar is not within sight. These morale officers are responsible for keeping the troops in line through either inspiration or intimidation and throughout the command structures of the army, they enjoy one of the positions of highest authority and can often acquire other ranks depending on the devotion to the Imperium, heroism, and tactical acumen they employ in the field of battle. To form these fine individuals, those most exceptional of children that find their way into the scholam are chosen and groomed from a young age to be the superior ideal that soldiers can confidently follow into the maw of death.

Imperial Voice
Starting when you choose this archetype at 3rd level, you can inspire others through stirring words or terrifying commands backed with the knowledge that death may follow insubordination. To do so, you use a bonus action on your turn to choose one creature other than yourself within 60 feet of you who can hear you. That creature gains one Imperial Voice die, a d4. Once within the next 10 minutes, the creature can roll the die and add the number rolled to one ability check, attack roll, or saving throw it makes. The creature can wait until after it rolls the d20 before deciding to use the Imperial Voice die, but must decide before the GM says whether the roll succeeds or fails. Once the Imperial Voice die is rolled, it is lost. A creature can have only one Imperial Voice die at a time. You can use this feature a number of times equal to your Charisma modifier (a minimum of once). You regain any expended uses when you finish a long rest. Your Imperial Voice die changes when you reach certain levels in this class. The die becomes a d6 at 7th level, a d8 at 10th level, and a d12 at 15th level.

Imperially Trained
At 7th level, you learn two maneuvers of your choice from among those available to the Battle Master archetype in the fighter class. If a maneuver you use requires your target to make a saving throw to resist the maneuver’s effects, the saving throw DC equals 8 + your proficiency bonus + your Strength or Dexterity modifier (your choice). If you already have superiority dice, you gain two more; otherwise, you have two superiority die, which is a d4. This die is used to fuel your maneuvers. A superiority die is expended when you use it. You regain your expended superiority dice when you finish a short or long rest.

Stalwart
Beginning at 10th level, you cannot be frightened and you have advantage on saving throws to resist being charmed.

Words of Inspiration
When you reach 18th level, you can spend 1 minute inspiring your allies, shoring up their resolve to fight and the need for maximum effort. When you do so, you and every creature that can hear you gains temporary hit points equal to your level + your Charisma modifier. A creature can’t gain temporary hit points from this feat again until it has finished a short or long rest. Listening to a recording of your uplifting oratory does not grant any benefits.