Death of a Titan and whatever the hell that means

Nietzsche was the first credited for saying it but that was well before modern mythology. When I say that, I mean it in the most literal way we as modern humans can understand it–like the titan Cronos, creator of an ancient mythological pantheon, we have lost a man that begat god upon god onto our society.
There is virtually nobody in American culture that has not been touched by one of Stan Lee’s characters (read: gods) or affected by the zeitgeist that he absolutely rode forward for the genre. Even for folks in the DC or other camps–there would be no Hercules without somebody to make Zeus (and therein Heracles) in the first place so that isolated 80 year old longtime fan of Superman in Iowa owes credence too to Stan the Man ramping up the comics game all around.
What are we as creators to do? The pinnacle of who we aspire to be is gone. One of the strongest and kindest and most powerful forces in the industry of entertainment is gone–WHAT THE F#$% DO WE DO?

We do like Stan would and we make something out of it.

When MCA (of the Beastie Boys) died my writing career started because after I finally pulled myself up off of the floor the one thing I couldn’t ignore was that the world lost at truly powerful, worthwhile creative voice. I’m from a family of laborers and I spent half a decade being a laborer myself mostly because I need to feel that my work means something. When I clock out for the day something has been accomplished. I can point to these accomplishments. That’s not really something you can do with a comic or an RPG, leastwise not every day. It’s a type of art which means–just like any other kind of art–there are going to be good days and there are going to be bad days but it’s never going to be discretionary like building a wall or putting in a building’s foundation. Your achievements are far and few between.

The f#$% does that have to do with dead titans? What are you telling us?

Stan Lee built modern mythology. Real mythology. There’s a mythos to Iron Man and Spider-Man and Captain America and the Hulk because of two things: 1) we can relate to these characters and 2) they have countless objects of worship. Comic books? Yeah of course. Video games? Yes. Cups? Backpacks? Costumes? Pencils? Virtually everything up to and including statues in public places where a character “originated”.

That’s not how you create or honor a fictional character for entertainment, it’s what you do for a god. Given how pervasive these characters are becoming in society they are the new mythology. For a book-length explanation of that hit up the seminal work Mythologies by Roland Barthes, but I’m going to close with one ancient fable to illustrate why and what to do.

Be like Prometheus who (after the end of the Titans) steals fire and gives it to humanity. Why?

“I used to be embarrassed because I was just a comic-book writer while other people were building bridges or going on to medical careers. And then I began to realize: entertainment is one of the most important things in people’s lives. Without it they might go off the deep end. I feel that if you’re able to entertain people, you’re doing a good thing.”

Don’t fall into the trap of depression and self-flagellation and piddling each other off with platitudes to this great man. I’m sure he’d have given you a thumbs up for having sympathy and part of me wishes I had that too, but I’m pretty god damned sure he’d be giving out high-fives to everyone who pulls their shit together and does something with all the feelings they’re having. 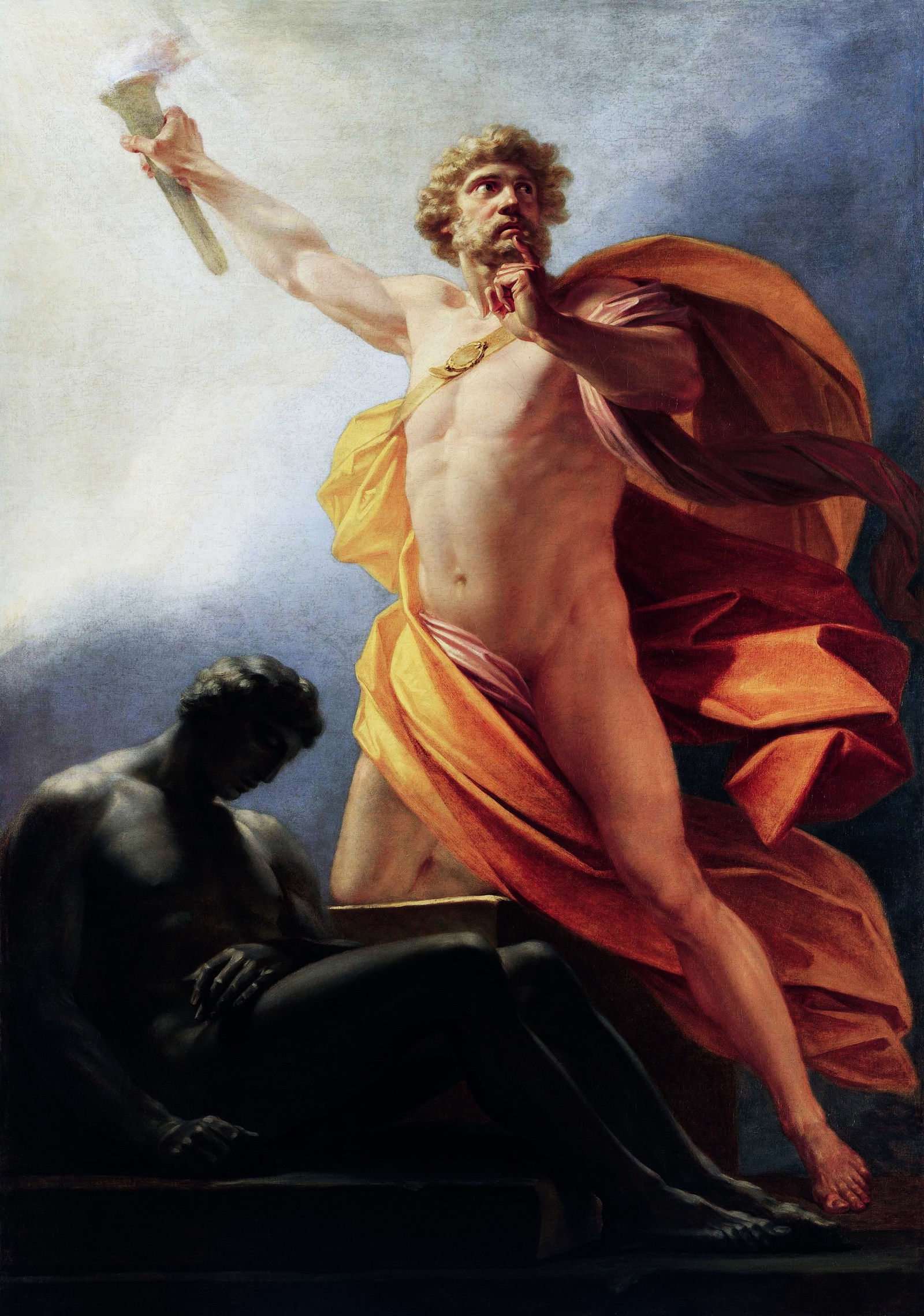