In today’s entry we’re considering another character at the heart of Final Fantasy VII‘s excellent storylines, someone easily trusted because of how freaking cute he is. You know I’m talking about CAIT SITH! 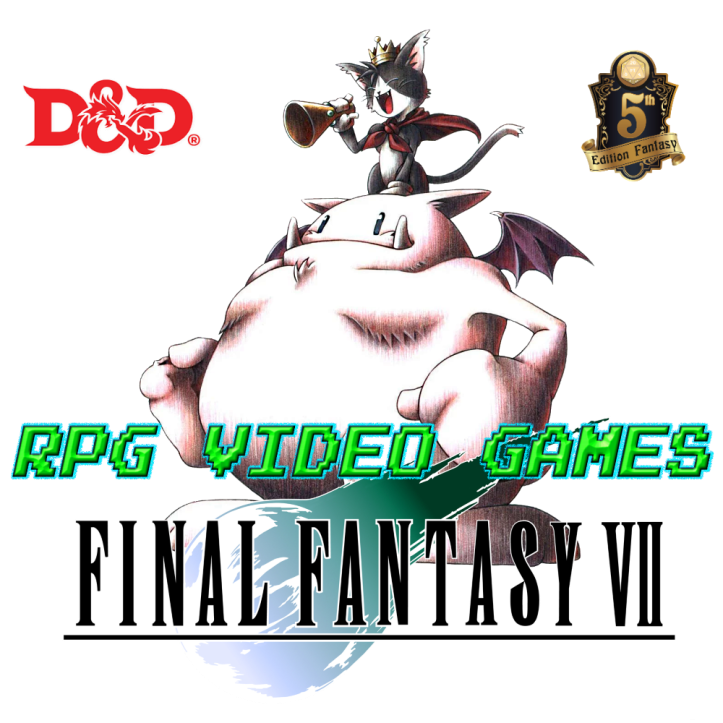 * The Monster Tamer class used below is from the EN5ider Patreon and upcoming A Touch More Class Kickstarter.

Fast Learner. After Cait Sith has heard a creature speak for 1 minute or longer, he can mimic its manner of speaking as long as he knows the same language as the creature (allowing him to seem like he is local to a given region).

Feat: Magic Dabbler. Cait Sith knows the message and vicious mockery cantrips, and can cast thunderwave once between long rests. He uses Charisma as his spellcasting ability for these spells (spell save DC 16).

Feat: Mounted Combat. When Cait Sith’s mount is attacked, he can make himself the target of that attack. In addition, he has advantage on melee attack rolls when his target is an unmounted creature smaller than his mount (usually any unmounted target of Medium size or smaller). Finally, when Cait Sith’s mount is subjected to an effect that allows it to make a Dexterity saving throw to take only half damage, it instead takes no damage if it succeeds on the saving throw, and only half damage if it fails.

Monster Tamer. When controlling his pet, Cait Sith can use Wisdom (Animal Handling) regardless of the creature’s type. He is able to use Wisdom (Animal Handling) to try to control any type of trainable creature (with an Intelligence of 5 or less and the aberration, beast, dragon, monstrosity, or ooze type) but has disadvantage against creatures other than monstrosities.

Sense Pets (1/Long Rest). As an action, Cait Sith can open his awareness to detect monstrosities. Until the end of his next turn, he knows the location of any monstrosity within 60 feet that is not behind total cover, but not its identity.

Tactician. Cait Sith is able to use the Help action to aid an ally attacking a creature as long as the target of the attack is able to see and hear Cait Sith and is within 30 feet of him.

Trainer’s Zeal (2/Short Rest). On his turn, Cait Sith can use a bonus action to regain 1d12+8 hit points.

Whipmaster. Cait Sith deals an additional 1d4 damage with whips (included below). Additionally, while wielding a whip Cait Sith has advantage on Charisma (Intimidation) checks made against creatures of Intelligence 5 or less.

Microphone (Whip). Melee Weapon Attack: +9 to hit, reach 10 ft., one target. Hit: 9 (2d4+4) slashing damage. Alternatively, instead of dealing damage, on a successful hit against a creature of Large size or smaller Cait Sith can use his bonus action to make an opposed Strength (Athletics) check with disadvantage. On a success he disarms, grapples, or trips the target of his attack. Disarmed weapons land at the target’s feat.

Uncanny Dodge. When an attacker Cait Sith can see hits him with an attack, he can use his reaction to halve the attack’s damage against him.

Keen Sight and Smell. The owlbear has advantage on Wisdom (Perception) checks that rely on sight or smell.