A Rick and Morty D&D 5E starter set is being announced later today so I’ll just reprint my statblocks for them here. ;D

Analyze Weakness. By spending a bonus action Rick may make an Intelligence check against a DC equal to the CR of a creature he is able to see or hear. On a success, he learns the attacks, immunities, features, and resistances granted by the target’s race or type. Rick can only use this feature against an individual target once every 24 hours.

Deadly Terrain (6/long rest). Rick can spend a bonus action throwing down a device (saw-toothed steel ring, bag of goo, electricity-generating mine) that activates when a creature steps on a pressure plate in the center. The trap blends in with its surroundings, and a creature requires a DC 19 Perception check to pick it out from the 5-foot square it rests in. A creature that steps in the same square as the trap must succeed on a DC 19 Dexterity saving throw or take 6d4 piercing damage and gain the restrained condition. A creature can use its action to make a DC 19 Strength check, freeing itself or another creature within its reach on a success. Each failed check deals 6d4 piercing damage to the trapped creature.

Diviner of Secrets. Rick has three ritual feats of the GM’s choice and can cast ritual spells from both the cleric and wizard spell lists.

Grenadier. Each day when Rick prepares his spells, he may make up to 400 gp worth of grenades. These grenades do not cost him gold to produce but do require a part of his essence to remain unignited, causing them to explode 1d6 rounds after being given to another creature (DC 19).

Hide Out of Place. Rick is able to hide using Charisma (Deception) and while doing so may hide in plain sight (without any cover or obscurement).

Master Technologist. Rick has advantage on Intelligence (Technology) checks. In addition, so long as they are able to hear him, Rick may advise an ally on how to activate one of his scientific gadgets after he has altered it for their use. He can keep up to 5 modified scientific gadgets at a time.

Overcharged Shot (6/long rest). When Rick has advantage on a spell attack using his technological weapon, he may choose to lose advantage but deal an extra 10d4 damage on a successful hit.

Prototype Drones. Rick can cast the find familiar spell as a ritual, summoning (i.e.: activating) 6 drones. The drone familiars he creates are constructs with the appearance and abilities of any of the animals listed under the spell, or drones with an appearance chosen by him. Drones that are not duplicating the appearance and abilities of an animal use the statistics for a Homunculus. As constructs the drones do not need to eat, sleep, or breathe, and are immune to both poison damage and the poisoned condition.
Rick may not dismiss drones as the spell. He may share senses with the drones or communicate with them while they remain within distance of his special transmitter (a device that broadcasts 1,000 feet).

Scientific Gadgets (each 1/long rest). Rick’s scientific gadgets weigh 1 pound per spell level. The AC of a gadget is equal to his AC while it is on his person and each has 40 hit points. While not in Rick’s possession, his gadgets have an AC equal to 10 + spell level. At the GM’s discretion, other creatures are unable to understand how his scientific gadgets function and only Rick is able to use them. Scientific gadgets that allow Rick to cast spells do not expend a spell slot or require concentration.

Weaponized Spellcasting (Recharge on short rest). Rick is a 20th-level mad scientist that uses Intelligence as his spellcasting ability (spell save DC 19; +11 to hit with spell attacks). Rick can cast the following spells from the mad scientist’s spell list, though only when his technological weapon (usually some kind of ray gun) is on his person: 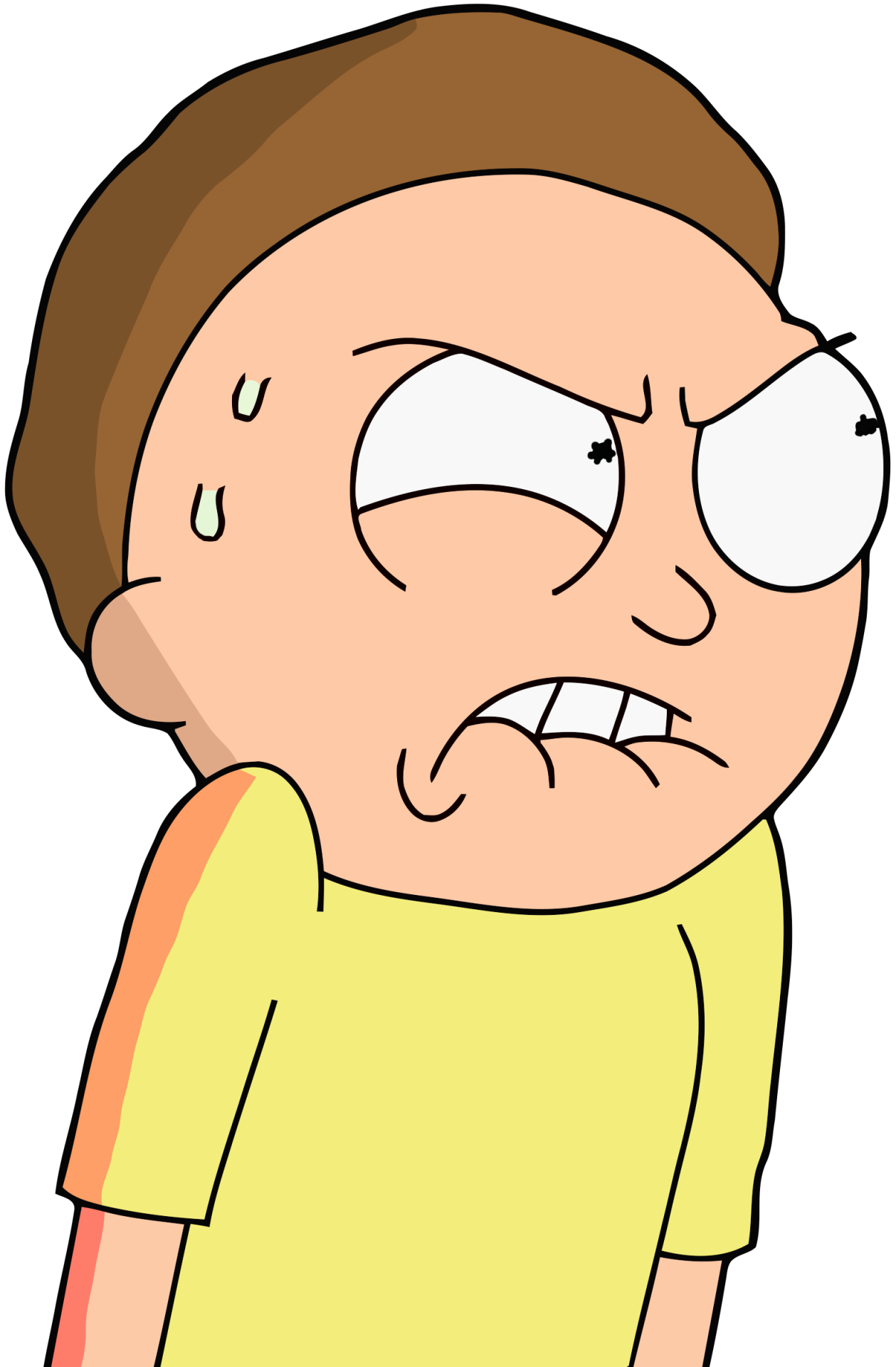 Bravery. Morty has advantage on saving throws against fear.

Friendly Reputation. Morty’s uplifting reputation is well-known and earns him some small acts of kindness. When he reaches an inn or tavern, Morty can make a DC 8 Charisma check to see if his reputation precedes him. On a success he’s given free lodging, drink, and food. The GM may decide that no check to be recognized is required because someone who works in the establishment knows Morty already or has seen him recently, or that it is impossible for Morty to be known in an establishment. In addition, Morty can convince merchants to sell him goods for a more modest price. If he succeeds on a DC 12 Charisma check to be recognized, he gains advantage on an ability check to determine the final price of an item that costs 50 gp or less. Morty can exploit his reputation to persuade merchants this way 3 times before he requires a long rest to do so again.

Heroic Effort (3 points). When Morty spends an effort point to fuel one of the following abilities, it is unavailable until he finishes a short or long rest, at the end of which his spirit replenishes.

Note: Morty should probably spend most of his turns using the Dodge action.