Over a year ago while doing the rounds on Reddit I came across this Leuku fellow with a fantastic (and largely fleshed out already!) concept for a technological class, and when all the job bits came through developing his content was first thing on my list for A Touch More Class. It seems only right that we start this delve into the upcoming Kickstarter with THE TINKERER.

There are several different scales upon which this class balances: crafting or improving items (both mundane things and more interesting objects called Power Appliances, fueled using elemental Affect-Engines), limited magic (maxing out at 5th-level spells), a version of elemental smiting, and then the extremely diverse class archetypes. The latter vary from martial steam knights to ranged bombardiers and then probably the coolest option, the mechanic and their awesome megarobo companions (albeit at 10th level). 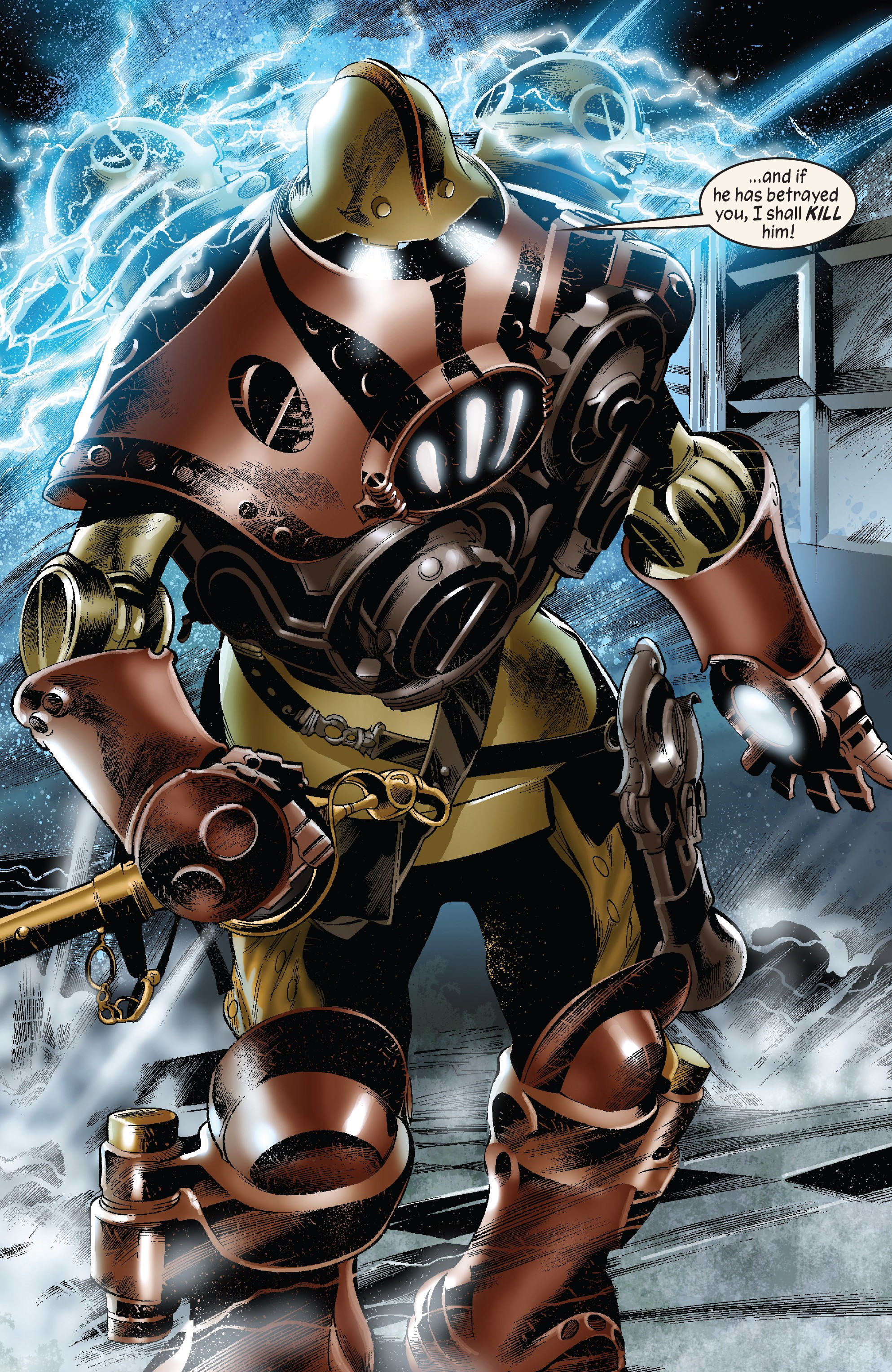 The biggest obstacle with classes released through EN5ider was word counts. In order to maintain the level of quality expected by our 1,000+ patrons there has to be a certain number of illustrations every so many pages, and I need compensated for my work as a developer and editor, and of course the designer needs paid along with the layout artist! I simply couldn’t get an allotment of more than 3,000 words a class article–and you need a minimum of 4,000 or so. If you go through the D&D 5E Player’s Handbook and look at even the simplest classes, the lowest numbers you’ll see are 4,000 words or so (I know, I counted). And those are the most basic concepts! What we landed on doing was splitting class articles into two different pieces, one Basic and one Advanced, thus allowing for all the room needed to get things done.

The Tinkerer of course demanded more (as did the Bloodweaver :3) but it was space and money well spent I say! In the end it’s one of longest classes at 15 pages (second only to the aforementioned sanguine mage) and I’m extremely happy with how well it bridges the divide between magical, fantastical, and technological–you could play a tinkerer in Greyhawk, the Forgotten Realms, Golarion, Hypercorps 2099, or even Star Wars and it’d be able to fit in everywhere.

If this sounds awesome to you then please check out the A Touch More Class Kickstarter and if you can’t wait for the PDF/book (which deliver as soon as the project funding period ends) consider joining the EN5ider Patreon! It can be as affordable as $1 a month and as soon as you join you get instant access to Tinkerer Basic, Tinkerer Advanced, and the rest of the 270+ article archive!