This was the second solid class pitch from Andrew Engelbrite (the first being the Fatebender) and hit me in the face because it’s straight-up original fantasy. Most of the things you see have some allusion to pop culture or this video game or whatever, but the closest you can get here is Magneto and his floating metal balls which quite frankly are a poor comparison. Strap in for a look at THE LODESTAR! 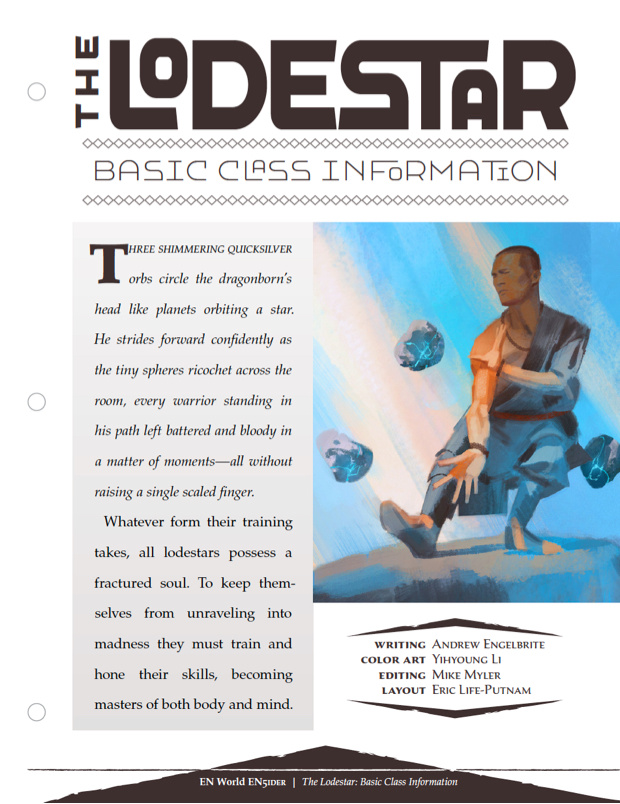 Originally I saw this and said “that looks like a monk archetype” but after considering all the possibilities available to the concept, I realized it absolutely deserves its own 20 levels and archetypes. The main aspects of the lodestar center around the magical spheres that constantly orbit them–not unlike ioun stones but with mage hand and monk martial arts aspects rolled into it. Their modes of attack and defense revolve around lodestones and managing where they are, giving the class a rhythm in combat that makes it uniquely fun to play.

That’s what’s really going on behind the scenes with the lodestar and what makes it so intriguing. We debated and considered a few different approaches to the lodestar resource but landed on that fundamental rhythm (expend for some abilities, lose some to enemy attacks, gradually replenish with bonus actions) because it takes what is already a unique, fresh idea, and it makes it even better–an execution of mechanics on par with the quality of the concept.

If this sounds awesome to you then please check out the A Touch More Class Kickstarter and if you can’t wait for the PDF/book (which deliver as soon as the project funding period ends) consider joining the EN5ider Patreon! It can be as affordable as $1 per month and as soon as you join you get instant access to Lodestar Basic, Lodestar Advanced, and the rest of the 270+ article archive! 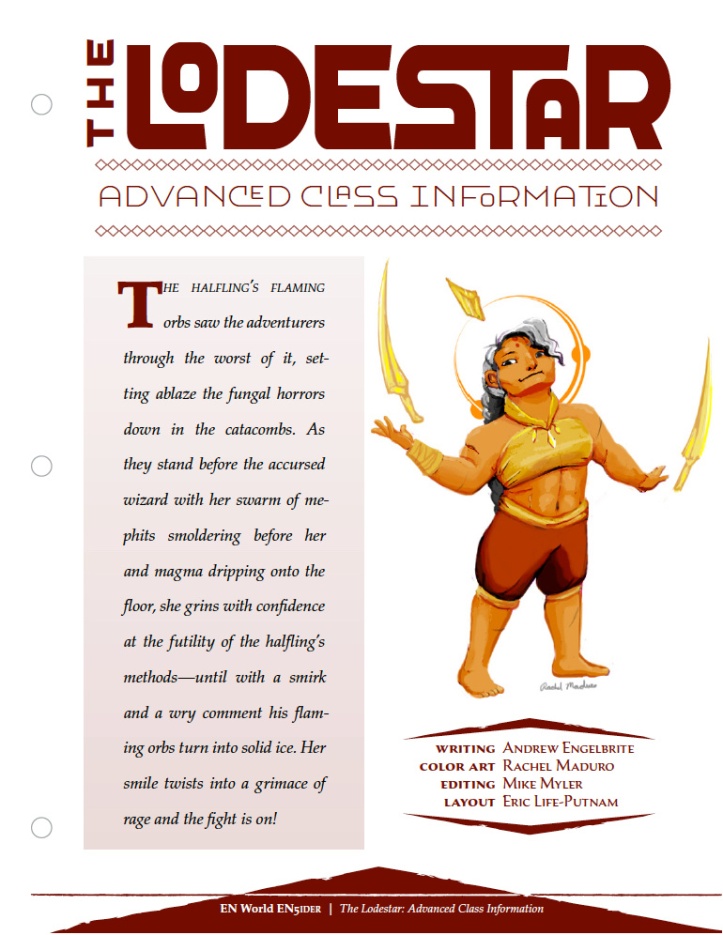