When I solicited sidequest pitches for Trade War only two made the cut (the excellent Golden Carp and engaging Cursed Well of Itami), and one of them I liked but didn’t pursue because I knew it would take way more space and resources than I had at the end of that huge adventure path: ‘an adventure inspired by the Seven Samurai where the PCs save a poor village from bandits’. Now that’s grown from a pitch by Anthony Alipio into a full-blown 50 page adventure! 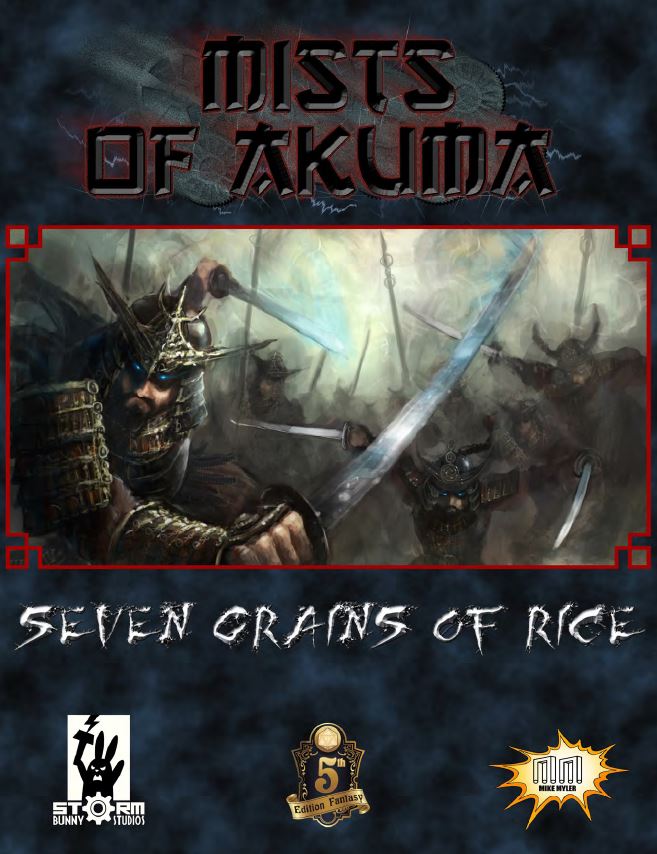 WHAT IS IT?
This is the second module of Mists of Akuma‘s second wave of adventures (the epic double-length Honorable Wills being the first) and it has had several rounds of playtesting to work out just the right way to adopt the narrative of the classic film to tabletop play. It’s not as simple as Seven Samurai however, tying in one of the Mists of Akuma Iconics (Tomoe Masamune, the Crimson Blade) and several other memorable heroes to accompany the PCs, helping train the farmers with weapons and armor to defend the village of Noru against a power-armored villain and scores of bandits. 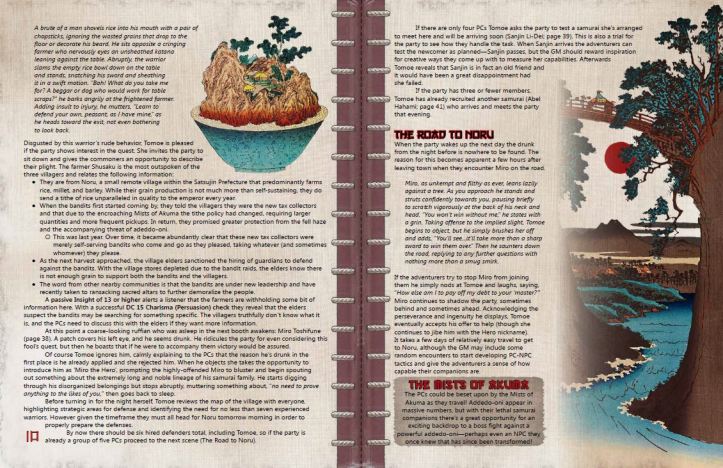 WHAT’S DIFFERENT?
Due to the nature of its contents this book uses a more traditional color scheme, and it’s got 11 new statblocks and 3 maps! Seriously though Noru’s brave but unprepared denizens aren’t the only things of note in the village, and of course this is set in Soburin so there’s other twists and changes–from guns to cruelly-wrought cyborgs and back–but the way the film plays out is not what a group of gamers is going to be used to. So this adventure has two ways for the GM to run Act 2 and Act 3! 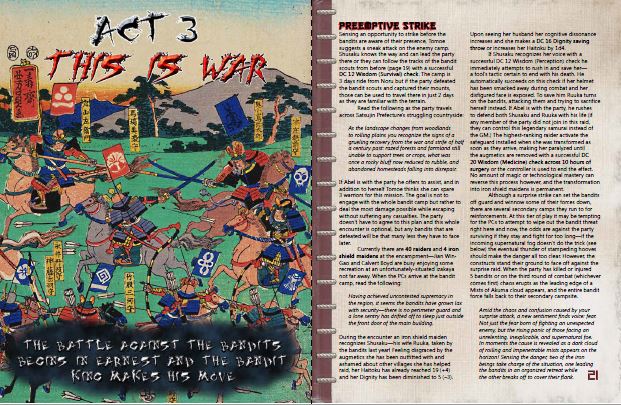 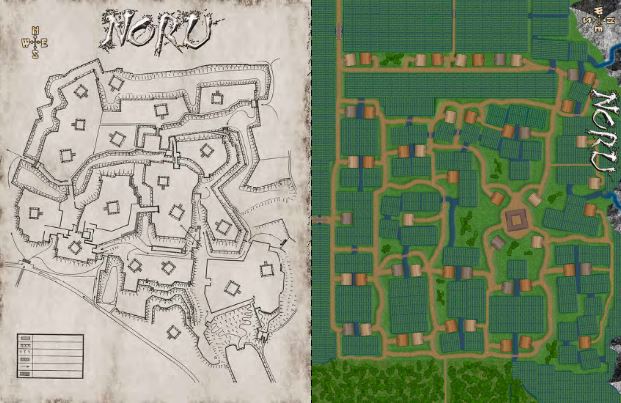 TWO WAYS TO RUN THE ADVENTURE?
Yes, and two maps to do it with–a historical village map and a more modern piece of cartography. These match up with the classic and contemporary GM directions on how to proceed with the mass combat the module is centered around (so technically there are four ways to do it ¯\_(ツ)_/¯ ). 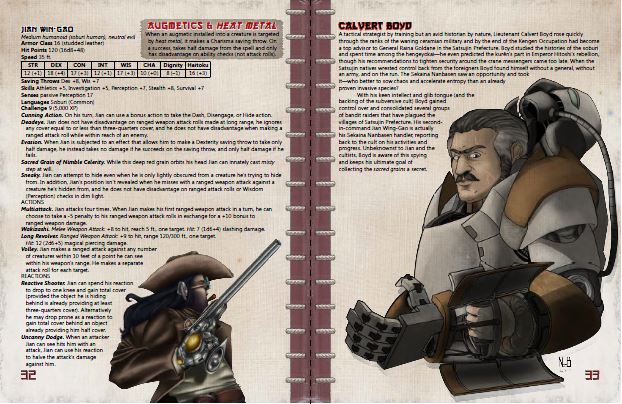 MASS COMBAT?
Having run this myself and helped develop it into a lean and awesome machine, I can’t recommend it strongly enough–especially if you want some mass combat in your D&D 5E game! The end of Trade War dabbles with armies but only as a diversion, and since it’s a major focus here I put together a slick one-page flow chart to simplify the process for everybody in order to keep an exciting pace in play. These are the same mechanics as the regular rules for mass combat in 5E, although all of it is worded differently (as it legally has to be) but suffice to say that if you know those rules you’ll be in great shape.

Check it out for yourself here!