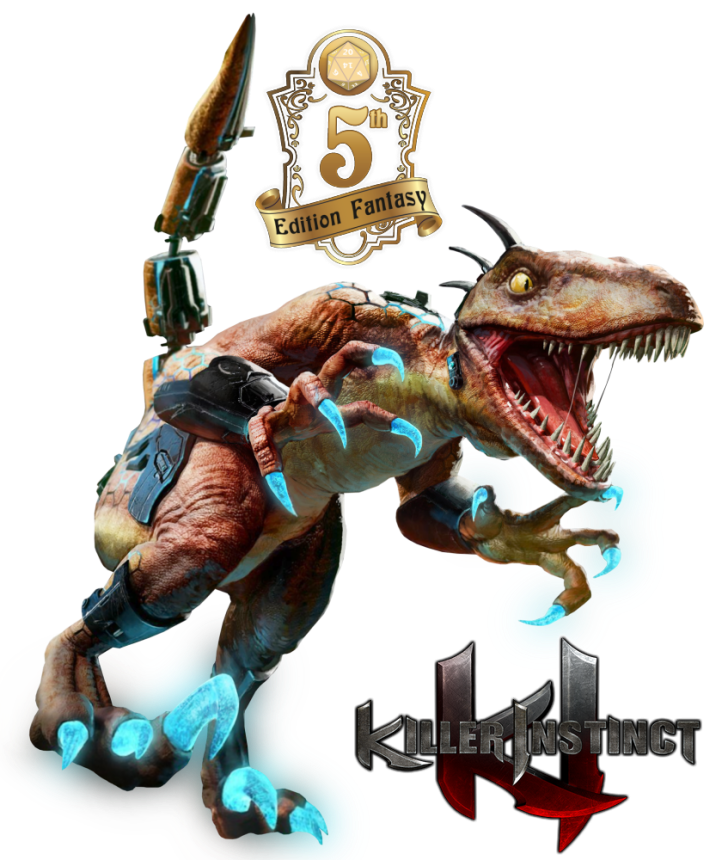 Beast Quality (Wolf). Riptor can travel at a fast pace while she is tracking creatures, and while traveling she can move stealthily at a normal pace.

Brutal Critical. Riptor can roll one additional damage die when determining the extra damage for a critical hit with a melee attack.

Danger Sense. Riptor has advantage on Dexterity saving throws against effects that she can see, such as traps and spells. To gain this benefit, she can’t be blinded, deafened, or incapacitated.

Feat: Stance of the Tiger’s Claw (3) [M]. Riptor has advantage on Charisma (Intimidation) checks and checks made to disarm a foe or avoid being disarmed. In addition, she may roar as a bonus action to give enemies within 20 feet of her the frightened condition for 1d4 rounds; a DC 16 Wisdom saving throw resists the effect. She cannot use this feature again until she has completed a long rest.

Feral Instinct. Riptor’s instincts are so honed that she has advantage on initiative rolls. Additionally, if she is surprised at the beginning of combat and isn’t incapacitated, she can act normally on her first turn, but only if she enters her rage before doing anything else on that turn.

Martial Arts. Riptor can use Dexterity instead of Strength for the attack and damage rolls of her unarmed strikes and monk weapons. In addition, when Riptor uses the Attack action with an unarmed strike or a monk weapon on her turn, she can make one unarmed strike as a bonus action.

Nature Speaker. Riptor can cast speak with animals as a ritual. She can also can also spend 10 minutes performing a ritual on one willing beast she touches. For as long as she concentrates, up to 1 hour, she can see through the beast’s eyes and hear what it hears, gaining the benefits of any special senses that the beast has. During this time, Riptor is deaf and blind with regard to her own senses.

Rage (4/Long Rest). On her turn, Riptor can enter a rage as a bonus action. Her rage lasts for 1 minute, ending early if she is knocked unconscious or if her turn ends and she hasn’t either attacked a hostile creature since her last turn or taken damage since then. Riptor can also end her rage on her turn as a bonus action. While raging, she gains the following benefits:

Reckless Attack. When Riptor makes her first attack on her turn, she can decide to gain advantage on melee weapon attack rolls using Strength during this turn, but attack rolls against her have advantage until her next turn.

Tail. Riptor has advantage on Dexterity (Acrobatics) checks made to keep her balance.

Deflect Missiles. Riptor can use her reaction to deflect or catch the missile when she is hit by a ranged weapon attack, reducing the damage by 13 (1d10+8). If this reduces the damage to 0 and she’s able to throw the missile with one hand she can spend 1 ki point to make a ranged attack with it as part of the same reaction (+10 to hit, range 20/60 ft., 1d6+4 damage).

Slow Fall. Riptor can use her reaction when she falls to reduce any falling damage she takes by 40.