All of the denizens in Eureeka’s Castle have known horrible and relentless suffering though mostly as a byproduct of the corruption of their home—not so for Mr. Knack. When the wizard Carstigle claimed dominion it was he who stood up to the despotic mage and he paid a terrible price for his defiance, made an example of to the others and used as a pawn of mercy to force Eureeka’s submission to vile tutelage in the forbidden arts. It took years but Mr. Knack eventually healed from his wounds but he refused to succumb to his injuries or allow his good heart to be twisted, mending his flayed flesh with potions and magical brews until he was as healthy as he could ever be again. Great sadness has overtaken him since Eureeka’s fall to depravity following Carstigle’s demise and he alone seeks to redeem her and the rest of his friends, believing (probably wrongly) that a shred of the innocent, happy young woman he once knew still remains in the diabolical mage she’s become. Although he does as she requests and loyally lays traps throughout the grounds to kill or reveal trespassers, Mr. Knack also uses his inventions to seek out adventurers that might be able to aid him in his futile quest and finally bring an end to the bloody nightmare that Eureeka’s Castle has become.

Design Notes: Obviously Mr. Knack is an artificer but the more material I make for Eureeka’s Castle D&D 5E, the more I want to actually use the meat and bones of this elsewhere (likely something for Book of Exalted Darkness as obviously it’s got the right feel for it). That presents a problem because the official 5E artificer is not part of the Open Gaming License. However, the mechanics behind that class aren’t copyrightable so what you see below is an OGL-ified version of the core class—the artificer might not be part of the Open Gaming License, but the ‘inventor‘ definitely can be! TLDR Same artificer mechanics, different wording.
So with that out of the way: let’s look at the numbers! The DMG lands Mr. Knack at 7.08333, the Blog of Holding at 8.333, averaging together for 7.708. Normally I’d round that down to a 7, but given his versatility from spellcasting and the ability to fly (and never run out of ammunition) I’m inclined to raise him up to CR 8 (take away his winged boots or eagle eyes, give his armor a +1 bonus instead, and he’s definitely there as far as the crunch is concerned). 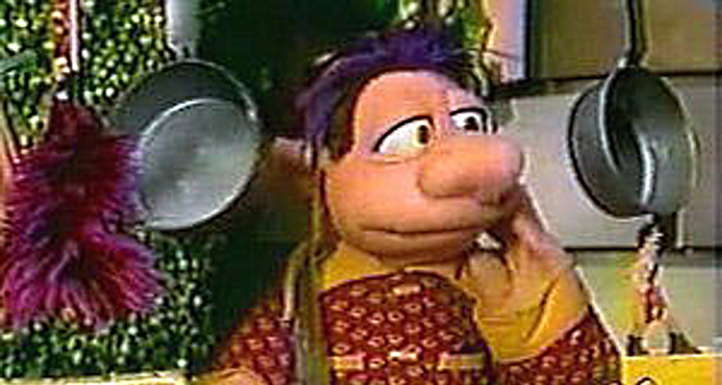 Background – Sage: Researcher. Acumen or fate gently nudges Mr. Knack toward the answers to his questions. When he fails to recollect or discover more about a subject of lore, he knows where or who can give him that information (usually from an athenaeum, library, institute of higher learning, another scholar, or mystical creature). The lengths to which he must go to acquire this information and the feasibility of doing so are entirely at the GM’s discretion.

Attuned. Mr. Knack is able to attune to one additional magic item (4 in total). In addition, it takes him a quarter of the normal time and half as much gold to common and uncommon magic items.

Brewing Genius. Mr. Knack’s spells are more powerful when he uses alchemist’s supplies as his spellcasting focus, either healing 5 extra hit points (if a healing spell) or dealing 5 extra damage (if it is a spell that deals acid, fire, necrotic, or poison damage).

Brew Good Health (5/Long Rest). As long as Mr. Knack has alchemist’s supplies to use as his spellcasting focus, he can cast lesser restoration without expending a spell slot or having the spell prepared.

Feat: Trapmaster. Mr. Knack always regains a minimum of 4 hit points whenever he rolls a Hit Die to regain hit points during a short rest, he has advantage on Wisdom (Perception) and Intelligence (Investigation) checks he makes to find secret doors, and on saving throws against traps. In addition, he has resistance to damage dealt by traps and is able to travel at a normal pace while searching for traps.

Imbued Items. At the end of a long rest Mr. Knack can touch up to 4 nonmagical objects, turning them into magical objects containing one of the following abilities. If it requires attunement, Mr. Knack is automatically attuned to it unless he decides otherwise. The object retains this ability indefinitely or for 5 days following his death. When Mr. Knack imbues a fifth item, the effect ends on the oldest use of this feature.

Magic-Charged Inventions. At the end of a long rest, Mr. Knack can cast an artificer spell with a casting of 1 action, expending a spell slot and casting a 1st- or 2nd-level spell into one mundane item. A creature that is holding the object can use an action to activate the spell inside (spell save DC 17 or spell attack +9). The creature must concentrate on the spell if it is a concentration spell. A Magic-Charged Invention can be used up to 10 times, or until Mr. Knack uses this feature again, at which point it reverts to a nonmagical object.

Minor Inventions. Mr. Knack uses an action to touch a Tiny nonmagical object, working on it with his tinker’s tools or other artisan’s tools. It gains one of the following properties until he spends an action touching it to end the effect:

Mr. Knack can affect up to 5 objects at the same time, ending the effect on the oldest use of this feature when he exceeds his maximum.

Mystery Potion. When Mr. Knack finishes a long rest, as long as he has alchemist supplies he can touch up to two empty flasks to create Mystery Potions. He can only have a maximum of two Mystery Potions made in this way at a time. He can make additional Mystery Potions by using an action and expending a spell slot of 1st level or higher. When a creature uses an action to drink a Mystery Potion or administer it to an incapacitated creature, it gains 12 (2d6+5) temporary hit points and a random effect determined by rolling 1d6:

Spellcasting. Mr. Knack is a 12th level spellcaster that uses Intelligence as his spellcasting ability (spell save DC 17; +9 to hit with spell attacks). He requires a set of tools he’s proficient with to use this feature or one of his imbued items. Mr. Knack has the following spells prepared from the inventor’s spell list:

Toolmaker. With 1 hour of uninterrupted work, the use of tinker’s tools, and an unoccupied 5-foot square Mr. Knack can create any set of artisan’s tools, even over the course of a short or long rest. When he uses this feature again, the tools disappear.

REACTIONS
Brilliant Suggestion (5/Long Rest). Mr. Knack can use his reaction when he or another creature he can see within 30 feet makes an ability check or saving throw, gaining +5 bonus.