Old Sir Klank was the only member of the castle to escape the dreadful years under Carstigle’s thumb—but his reprieve was a temporary one. One of Eureeka’s first acts when she achieved her bloody freedom was to lure the dead mouse’s spirit back into his armor home, infusing his soul into the very metal. Brief as it was his time in the afterlife was blissful until his power-maddened friend ripped him through the lower planes, irrevocably corrupting Sir Klank’s soul and turning him to evil. Now he prowls the grounds of Eureeka’s castle in search of blood to spill, listening only to her requests and ignoring most all others.

Design Notes. Let’s go ahead and terrify your players with a super badass suit of armor that will ignore the first couple spells they toss at it. Up the damage code for him to make it matter, slide in a fun “see beneath the helm and lose your mind” trait, and then Keen Smell as a nod to the mouse he once was. Let’s take a look at the numbers: the DMG comes in real high (because of the effective AC of 20) with a 12.8333, the Blog of Holding at a I think more reasonable 9.3333. Limited Magic Immunity is pretty potent though and not really addressed by the list of monster traits in the DMG so I’m going to go with the average (which was just above 11). 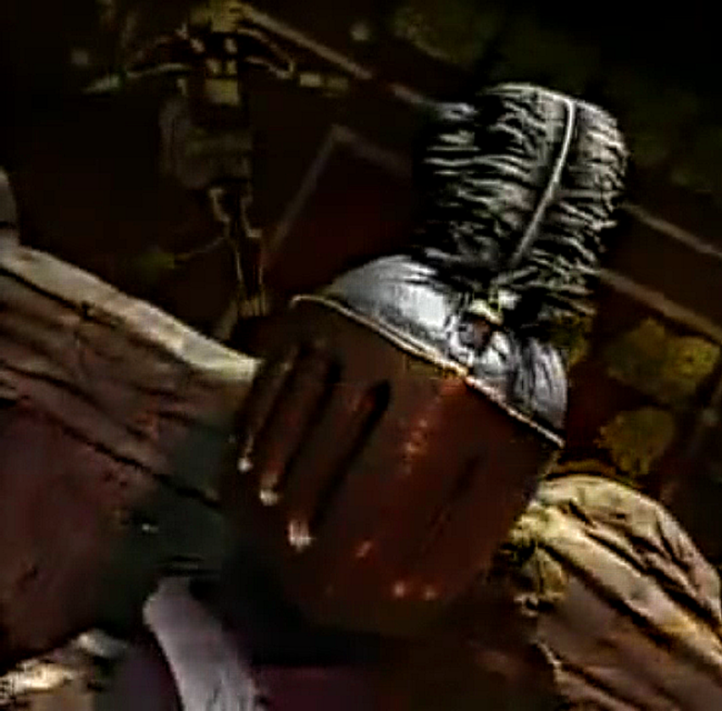 Antimagic Susceptibility. Sir Klank is incapacitated while in the area of an antimagic field. If targeted by dispel magic, he must succeed on a Constitution saving throw against the caster’s spell save DC or fall unconscious for 1 minute. If the caster’s level is 10th level or lower, he has advantage on this save.

Brute. A melee weapon deals one extra die of its damage when Sir Klank hits with it (included in the attack).

False Appearance. While Sir Klank remains motionless, he is indistinguishable from a normal suit of armor.

Hidden Horror. Sir Klank can use a bonus action to open or close the visor of his helmet. While his helmet visor is open, each non-undead creature within 60 feet of him that can see Sir Klank must succeed on a DC 16 Wisdom saving throw or be frightened for 1 minute. If the save fails by 5 or more, the target also ages 1d4 × 10 years and it gains a short-term madness, and on a failure by 10 or more, the target gains a long-term madness as well. A frightened target can repeat the saving throw at the end of each of its turns, ending the frightened condition on itself on a success. If a target’s saving throw is successful or the effect ends for it, the target is immune to Sir Klank’s Horrifying Visage for the next 24 hours. The aging effect can be reversed with a greater restoration spell, but only within 24 hours of it occurring.

Limited Magic Immunity. Sir Klank can’t be affected by spells of 2nd level or lower unless he wishes to be. He has advantage on saving throws against all other spells and magical effects.